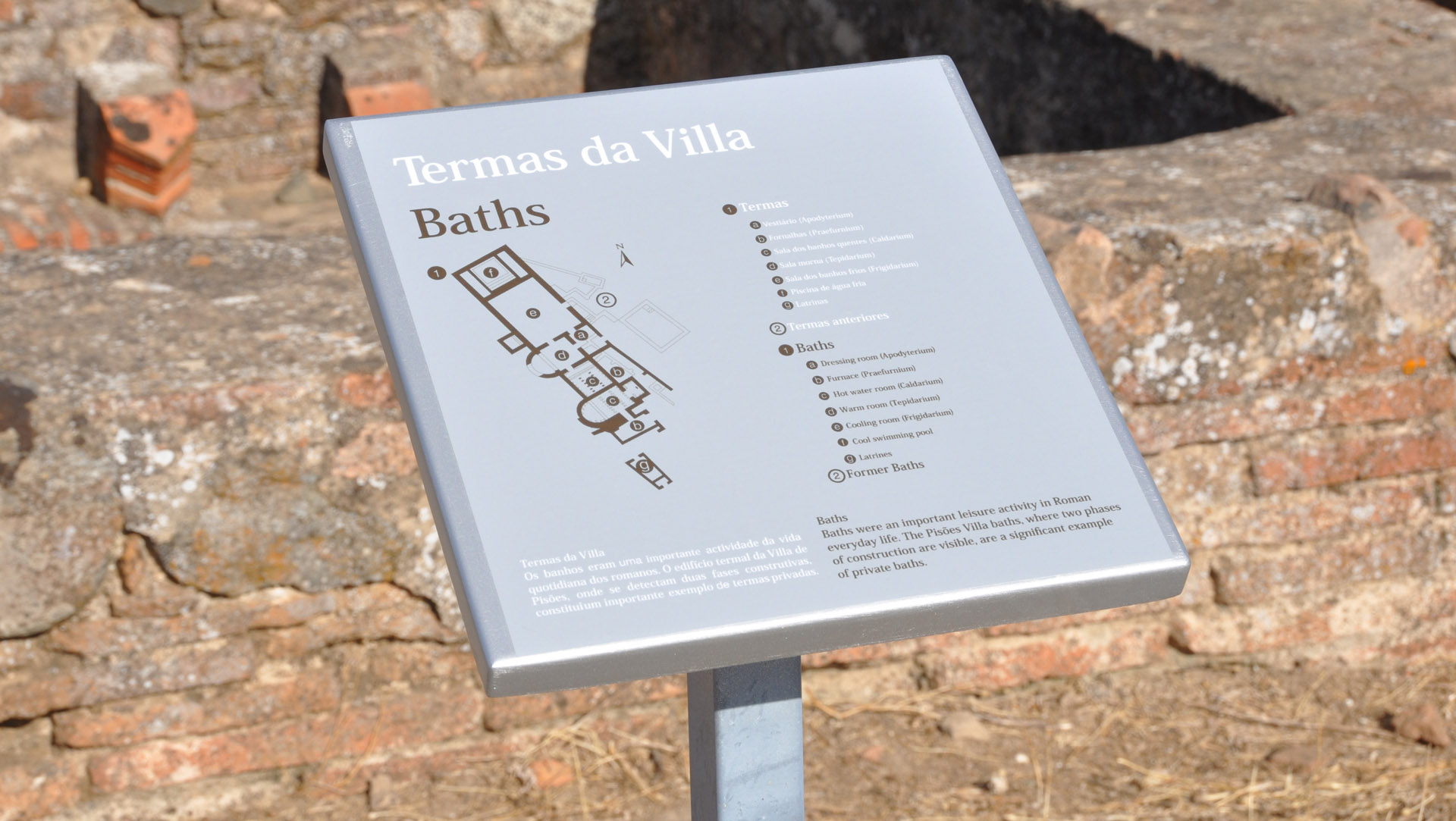 The Pisões Roman Villa, located in the municipality of Beja, is one of the most interesting archaeological sites standing as a testament to Roman occupation in the Iberian Peninsula.

With elements from the 1st to 4th century AD (Visigothic period), the Villa boasts ruins such as a funerary inscription, dedicated to the goddess Salus, by Numerius , slave of Caius Atilus Cordus , which likely hints at the name of the family who owned the farm in the 1st century. In the 1970s, excavations were carried out at the site (not led by an archaeologist) which partially uncovered a manor house with 48 rooms, some of which with ornate mosaics enclosing a small 4-columned peristyle, making it one of the most original architectural designs for this type of site. The enormous water mirror on the south-facing façade, one of the largest on record of this type of element in private residences in the entire Iberian Peninsula, is particularly of note. All this, and the baths and their many marble-clad rooms, the aqueduct to the north and a dam with its wall fairly well preserved, make it a unique heritage that commands our full attention.